Coming of age as a visual artist

After graduating from Emily Carr University of Art and Design and returning to Switzerland in spring 1978 I had to take on a variety of menial jobs in different fields to make a living through the following few years. Hard work in building construction, landscape gardening, factories etc. was a good experience altogether, but did not allow for any serious pursuit of painting. I would always keep sketching and drawing though, in different techniques like charcoal, Chinese ink, monotypes, or graphite crayon.
Two consecutive seasons 80/81 in a circus were really tough, but altogether a very good time for me, with different kinds of responsibilities, but including the directing of the manège lights during the shows. Fourteen hours of work every day non-stop through nine months, that meant: certainly no painting there.

Then I settled in Aarau in 1983, found a part-time job renovating antique furniture, and so I could finally set up a studio and start painting. At first I worked with acrylics on hardboard – a series of large paintings resulted, raw and rather crude most of them, but laying the foundation to my later work – and on smaller paper formats with gouache and oil-pastels, the latter being a mixed technique which I would continue to develop through the years to come. I also succeeded in having a few shows, mainly in local galleries, even selling quite well sometimes, although this did not lead to any major breakthrough.

When I got married to my wife Rita in 1984 and we had our first daughter Seraina a year later and then our son Mario in 1987 this meant going back to a fulltime job again in order to allow my wife and the babies to enjoy serious loving care. This time I worked as a bookseller in a local bookstore, and of course only little time could be spent on painting.

In 1989 my wife took up work again and I found a part-time job one more time, as a supervisor in a pool hall. All of a sudden I had plenty of daytime in the studio and took on painting in oil seriously. In the following years I would then paint the bulk of my more ambitious work in this technique, but also some large series in gouache/oil-pastel on paper again.

I had my first successful show in a major local art gallery and gained some public acclaim with the audience and with fellow artists. Several shows would follow, one of them in an established gallery in Zurich.
In 1991 our second daughter Corina was born, so we have been a family of five since then. For a while I could still pursue painting on this bigger scale, but in the mid-nineties I lost my part-time job, the demands to me as a father and provider became ever more important, and I deeply felt that I owed my children a decent upbringin, so I had to make decisions about priorities again.

I have always been creative in other fields too, in photography, poetry in German and English, and especially in music. At that time I had a successful jazz-folk/acoustic-rock group going – “Chief Broom” – which I did not want to sacrifice.
I certainly did not appreciate this pressure at all, but I had to go back to work and give up painting in 1994 at the height of my development as a painter so far. Of course I hoped it would be only temporarily. I knew that I didn’t want to become a free time painter, I’d rather stop altogether. And I felt that even if I were never again to resume painting, my work so far already stood in its own right.

Only now, some twenty years later, as all three of our gorgeous youngsters have come of age, my economic situation has improved and I am seriously thinking of taking up painting again. In the meantime photography has replaced painting to some degree, but I might be lucky and get a second wind.

In the beginning the topics were fairly widespread, and so were the approaches.

For a while figures and faces and also abstract landscapes were the most important subject matter. Then finally I concentrated fully on the human countenance. Even after giving up landscapes there remained this aspect of heads and faces serving as a screen on which to project “landscape”, but rather in the sense of “soulscape”. In most cases they are not ‘realistic’ portraits of any particular person, but deal with more general concerns.

The overall style is expressionistic, without direct references to any special “school”. Among the old masters maybe Grünewald, Caravaggio, Rembrandt, Goya, and in modern art Van Gogh and Munch, the Fauves, the Abstract Expressionists and painters like Egon Schiele, Francis Bacon, Markus Lüpertz and Vladimir Velickovic have all been major influences, on the other hand also Zen art with its immediacy and awareness, and Art Brut with its relative lack of technical sophistication but direct emotional appeal instead.

Emotion certainly is the key term. The aim was always to charge the painting.

Concepts from other fields, like poetry or music for example, have had their strong impact as well. François Villon’s poems, Arthur Rimbaud who “seated beauty on my knees and found her bitter”, Garcia Lorca’s writings on Flamenco with the term “Duende”, in Blues and Jazz the meaning of the term “Cry”, in Punk music the raw energy, all these have greatly influenced me.

Technical virtuosity and pleasant appearance alone don’t do it for me. I find mannerism boring. Audacity, taking risks, and surprises are absolutely necessary. Although gentleness and even vulnerability are welcome qualities I’m not a crooner. Human nature, the human condition isn’t any cute kindergarten playground or romantic sunset. It isn’t all just entertainment and fun and happiness. Angels and demons need to be wrestled with, and beauty won’t emerge merely soft and sweet and virgin.

So why did I not get more recognition? I’m not going to blame anybody or come on with excuses. But then Switzerland at that time didn’t have any prominent expressionist movement with a sustained following. The Swiss are in general pretty rational and calculating and deeply suspicious of emotion – even their own – and especially so should someone dare showing it openly in a striking and flamboyant manner.

I have always made sure not to just pander to commercial considerations and to the general tastes, and have scorned off all of that well meaning advice such as “Why don’t you paint more like this or more like that …?”

I won’t play nice, I’m remaining true to my blood, and little do I care whether or not my works would fit in well in living rooms or corporate offices. If some of my paintings do disturb, provoke, or even scare people, oh well, why not?

Let me finish this little excurse with a Charles Mingus song title:

“Better Git Hit in Your Soul!”

Chief Broom
In this project I was inspired by early Country Blues, Gypsy Swing, John McLaughlin’s Shakti, Folk Rock, the great songwriter poets, to name just a few. In 1991 “Chief Broom” started as a trio with David Kunz on violin, Jo Epper on percussion, and myself on guitar, harmonica, and vocals.
Next came a period as a duo without percussion, which allowed for more intricacy.
But then Erich Schwyter on drums was welcomed on board, and when Katrin Doppler joined us on vocals we were a full size band and really thriving for the next two years. In 1998 David dropped out and a little later Erich left as well, so Katrin and I continued as a duo for a while. There are two examples of this on youtube:
Sister Rag
Those phosphorous babes on the shore

But in 2002 it was over.  The project was no-budget, with little equipment, very much improvised, unpolished, and chronically under-rehearsed. Everything was pretty lose and wild and archaic. But it allowed me to develop and perform my own music. We never went to the studio, but there exist some decent demo and live recordings to convey a fair impression of our work.

Tim en Voyage
For about five years I played with the space rock band “Tim en voyage”. For me it was quite a challenge, as a singer and on guitar and harmonica. I also wrote lyrics in English for some of the band’s music and brought in two of my own songs (on youtube). The band published a CD “Sound Stories” on which I can be heard on some pieces. I left the band in 2013 as there were neither sufficient opportunities for my own material nor for improvisation as guitar player.

Roma
Gypsy music has always been a big favourite with me. When I got involved with Romani musicians from Presov/Slovakia, a whole new world opened up for me, a rich musical culture from which we can learn a lot.
I eventually met Roma singer Ida Kelarova and attended several of her singing workshops, which enabled me to delve further into the incredible emotional depth of Roma music. Now I regularly sing Roma songs in a choir, we even perform publicly every once in a while.
I have been to Slovakia more than a dozen times, and there is a lot more to the topic ‘Roma’ than just music. I herewith appeal to everybody to become more conscious of the dire situation of Europe’s biggest ethnic minority, and to take a strong stance against the ever increasing racism the Roma face all over the continent.

Through the late Seventies and Eighties I got more and more into songwriting, mainly for just myself with the guitar and the harmonica.
“Chief Broom” made a more ambitious performance possible and spurred my creativity in this field quite a bit.But even after its split-up I kept on writing songs.Then I continued doing so with “Tim en voyage”, but only little made it into their repertoire, so I eventually left the band.

Just recently I produced a song of mine – “Party Train” – with the help of some professional musician friends. 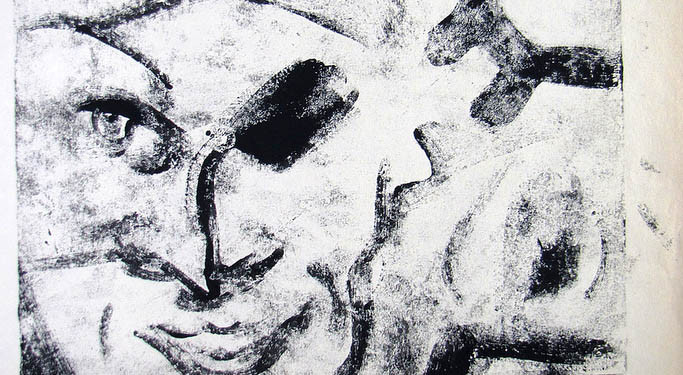 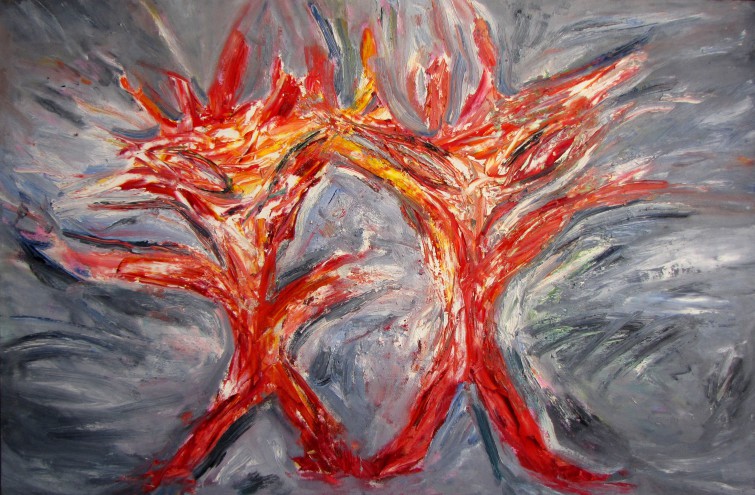 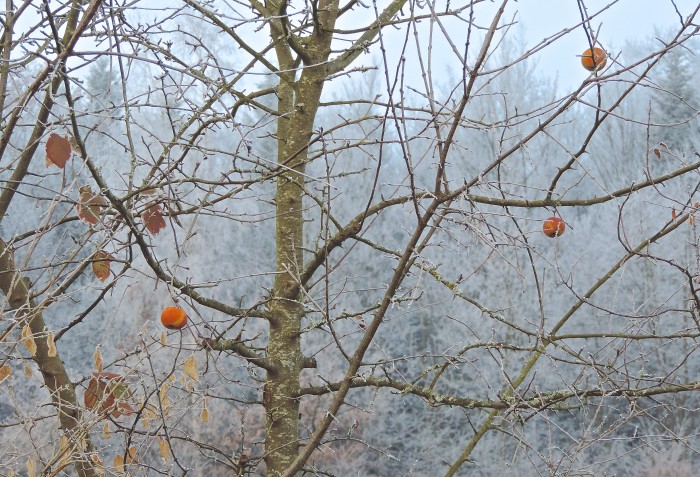